You’re in the right place. Welcome to Campaign Season.

If you want to write something for the Campaign Season RPG Blog Festival either for your blog or as a Guest Blogger here at The Gamer Assembly, please sign up by leaving a comment below. Please include the following information:

Name: (The name by which you’d like to be referred. Alias, nickname, or twitter handle welcomed.)
Personal URL: (Optional – Twitter profile, about.me, or personal site would work.)
Blog Name: (The name of your site you want people to see. If you don’t have one, that’s cool.)
Blog URL: (Your blog or whatever site you want to be linked. Article URLs will come later.)
Area of Submission: (A brief description of what you’re writing about, like “Item” or “Scenario” or “Optional Rules”. Multiple submissions are OK, just note each.)
System: (Something like “D&D 4E” if specific or “Any” if usable anywhere.)
Title: (The working title of your article(s). Try to be specific. Actual article titles will be used when submitted.)
Guest/Linked: (Use “Guest” if you want me to publish your article as a Guest Blogger. Use “Linked” if you’ll publish on your site and I’ll make a link to your article.)

Here’s a clean list of what I’m looking for to copy and paste into the comments.

I’m going to try and read everything submitted so I can include a little blurb on your entry. Entries will appear something like this:

I’ll compile participants in a spreadsheet so people can more easily check out other entries. I would encourage people submitting something with a similar title or submitting to the same area to touch base with each other to steer clear of duplication, especially in a focused area like “Battlefield Terrain”. Maybe a grand collaboration will come out of that initial contact – who knows?

Before Signing Up, Be Thou Warned:
1) I reserve the right to play Editor on Guest Posts. I won’t publish any changes without author approval.
2) Bring your best to this festival. You’re showing off your work to the world. Please keep your writing focused, readable, clean, and tight.
3) I am human and have failings. If I miss posting or linking something of yours, please remind me.

We’ll have a logo soon, one way or another.

DEADLINE for participant sign-ups will be ongoing. The festival is currently postponed until further notice. Once scheduled, please get your content delivered somewhere in the festival’s window and sign up before you deliver your content. That said, if sign up and you’re late with an article you promised, don’t sweat it. Life happens; I get that. I don’t maintain a black list for bloggers who are late or anything like that. Get it to me when you can and I’ll get it on the site when I can. Fair?

Thanks for your interest!

Campaign Season Is Upon Us.

“The Archduke will undoubtedly renew his attack as soon as the snows melt, My Lord.” General Lucian tried too hard to speak casually in the war room of the South Tower. Her idea of letting her hair down involved standing at Parade Rest.

“If we prepare too early, no crops get planted and the people go hungry. What use is fighting for a nation that can’t feed itself, Lucian?”

“If we don’t defend our people, our crops will feed the enemy, My Lord.”

She had a point. Then again she usually knew the best course of action before she opened her mouth, a talent which makes her an incredibly valuable general. “Very well. Raise what levies can be spared. It seems campaign season is upon us early this year.”

What The Heck Is It? 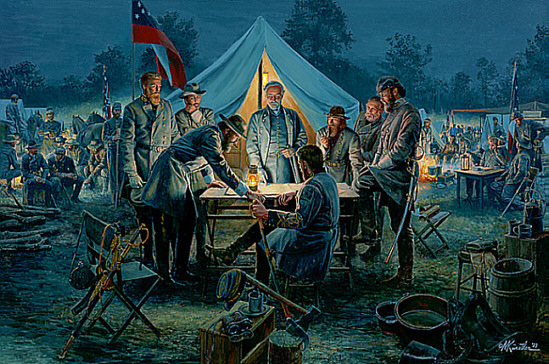 Campaign Season is a week-long RPG Blog Festival to be scheduled (EDIT: On hold pending scheduling issues). Campaign Season’s theme centers around war and the military. Other topics including guerilla warfare, intelligence gathering, and inciting peaceful revolution are welcomed. After all, not every revolution happens through force of arms.

What Are You Looking For?

I’m looking for military-themed elements for D&D and other RPG rulesets. An element can be a class, a theme, a new power, an idea, a race, a drawing, a monster, an item, a location, a song, an adventure, an arc, an epic poem, a background element, a campaign setting, a festival, an NPC, or whatever your fertile and fervent imagination can dream up. If it has something to do with war and you can use it in an RPG, I want it in this festival.

How Does It Work?

If you’re interested, let me know. You should comment on the Official Sign-Up Page if you want to participate. You’re welcome to post in your own blog or if you want a Guest Blogger spot here on The Gamer Assembly, that’s cool too. Sometime during the week of the festival, get your element polished up and either posted or in my hands for guest posting. Retweet and share notifications about the festival, and read what everyone else has come up with. Other than that, you have very few constraints.

What Do I Need To Do?

If you’re interested, post a comment here or let me know on Twitter (@twwombat) or via email (jim + at + my twitter handle + dotcom). If you want to think about it for a few days, the Official Sign-Up Page is now live and you can comment over there. I’m looking to publish guest posts here at The Gamer Assembly for the week of 19-26 March, so let me know if you’re between blogs or interested in publishing outside of your normal venue. I’ll be happy to host your work and not take a lick of credit for it, and you can say you’re published on multiple blogs.

If you want to publish something on your blog, I’ll maintain a list of links in the Campaign Season cover post to be published at the start of the festival. If you email me I’ll send you the link when it’s available.

If you’re involved, all I ask is that you link back from your site to the cover post and send the link in a shout out on Twitter and/or Google+. You’re welcome to cross-post, comment, retweet and whatever else you want to do to promote yourself and your fellow blogosphere denizens.

Why Are You Doing This?

How many times have you wanted a place to look for elements that depend on a single theme? If you’re like me, several. We’ll go with the military, and if there’s interest we’ll keep expanding to other themes and ideas. But let’s start simply. Warfare as an RPG element. Go create.

Also, this is purely a community thing. Nobody’s planning on making a dime out of this. Campaign Season is about people who want to
make stuff for a game that they love, and getting that stuff into the hands of the gaming community. The biggest problem we all face is finding eyeballs, so let’s trade. I’ll pimp you to my list if you pimp me to yours, and we’ll see what happens from there.

So that’s it. If you’re interested enough, please shout out to your friends, followers, friends list, email list and podcast listeners. Let’s get more people on the bandwagon for this thing. Cool?

Thanks for reading and participating!